This year has been a struggle. Almost eighteen months ago, I made the decision to change my medication and that has basically been my life ever since. Lots of pills and doctors appointments but mostly dealing with the side effects, everything from nausea to shaking to a complete inability to think clearly. I don’t think I realised what a huge undertaking it was going to be but it’s not exactly surprising: you’re throwing all the chemicals in your brain and body out of whack. I tried Venlafaxine, Lithium, and Lamotrigine; I weaned myself off Venlafaxine, tried Amitriptyline, and now I’m taking Pregabalin and Clomipramine. This is the most promising combination so far and I’ve actually had a few really good days so I’m cautiously optimistic. But it’s been a long, hard road, sometimes so difficult that I wasn’t sure I’d survive it. And I don’t really feel able to acknowledge the good bits without paying tribute to the really tough things I had to go through and so got through.

The first of The Big Difficult Things was moving house. God, that was a struggle. Having thought that I’d found some sort of peace around it, when it came to the day, I was absolutely devastated. There were a lot of tears – from all of us. That house was my home for fifteen years – home to the greatest triumphs and tragedies of my life – and so, to some extent, it will always be my home. I think I could probably walk into my old bedroom twenty years from now and fall right back into that old rhythm. 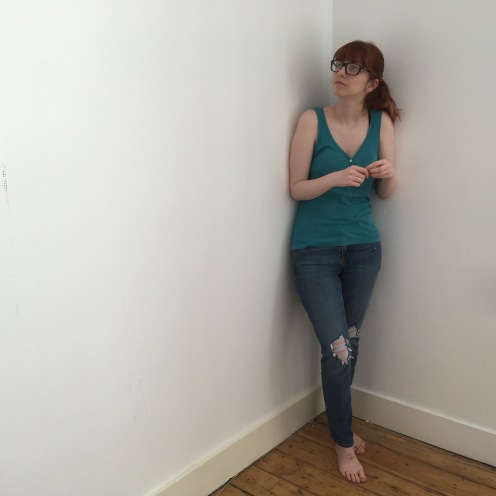 I’m still learning the rhythms of the new house. There are days where it feels normal and then others where I hate it so much I could scream. Most of the time, it still feels like someone else’s house. Someone else’s house with all our stuff in. But every day is a step in the right direction. We’re filling all the empty space with memories, slowly but surely.

I’ve been writing a lot about Claire Wineland of late but I couldn’t write about this year and not mention her. Her death was another of The Big Difficult Things of this year. I stumbled across her YouTube channel late last year and have been following her on social media ever since. She was – and still is – a big inspiration for me and her death hit me really hard. It just makes no sense to me and never will and I’m still struggling to cope with that.

And through all of this, depression has been my constant, oppressive companion. While I had experienced depression before, this was a whole new kind of prison. The lows were lower than I’d ever experienced and there were several pretty scary moments. And as well as affecting my mood, my depression made it almost impossible to write songs. I’ve had many discussions about writer’s block over the years and I’ve always thought that there are things that can make writing difficult and so you have to figure out what’s causing the block and address it. In my case, it feels like depression suppresses the creative part of my brain: I don’t get random sparks of inspiration, I can’t solve problems creatively, and any active creativity – like songwriting – is like pulling teeth. It feels like writing songs requires a certain level of functioning that I’m just not capable of reaching while depressed. I want to write more about this – about depression and writer’s block – but that’s for another post.

Having said all of that, there have been good days, as well as good experiences on bad days.

By far the best part of this year has been the time spent with my friends and family, whether that be online or in the physical world, in Nashville, London, or Brighton. Or anywhere in between. These people have kept me going through the hardest period of my life so far and I’m so ridiculously grateful to them for that.

I got to travel a little bit this year, which was amazing. I managed to get back to Nashville where I had the most intense ten days possibly of my life. I got to see some lovely people, write songs (or try to), listen to some of the best songwriters in the world, and play a Song Suffragettes show. Even though I was incredibly anxious about it, that may very well have been the best day of my year.

I also travelled to Iceland for the first time and saw so many beautiful things, including a 60m waterfall, the Diamond Beach, and the Northern Lights. The natural scenery in Iceland took my breath away time and again. It felt like the first breath you take after being underwater. Of course, there was a lot of anxiety during the trip but it helped me in a way that only the magnificence of nature is able to. 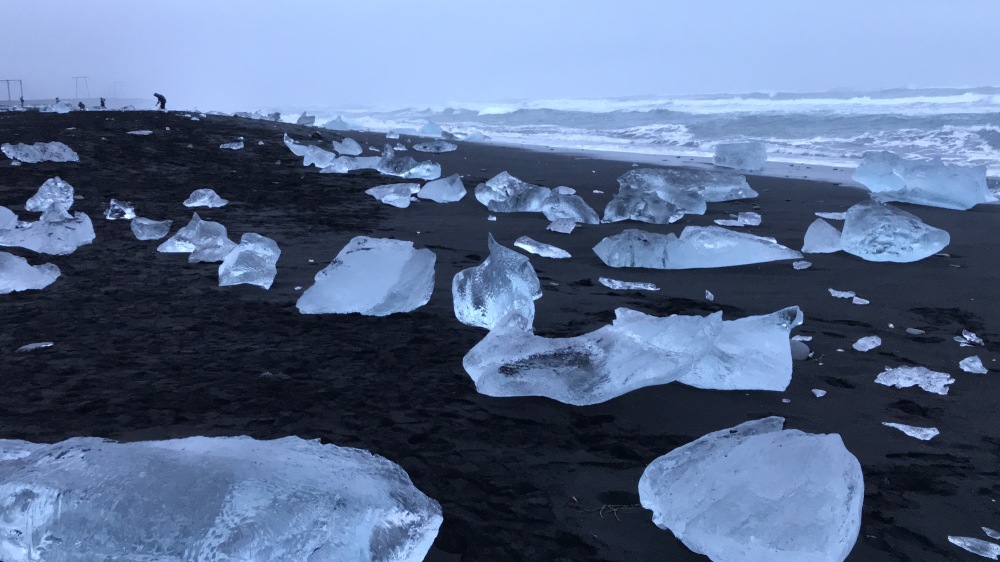 There have been more wonderful live music events than I can count: Paramore, Kelsea Ballerini, Sugarland, Kacey Musgraves, Natalie Hemby (and all of Tin Pan South in Nashville), Frank Turner, Betsy Lane, The Shires, Sinead Burgess, The Brummies, Halsey, Kina Grannis, Aislin Evans, Maren Morris, and of course, Taylor Swift. Despite the anxieties around concerts, these are the places where I feel most alive and so, throughout this difficult period, I’ve always tried to ensure that there was another concert to look forward to. 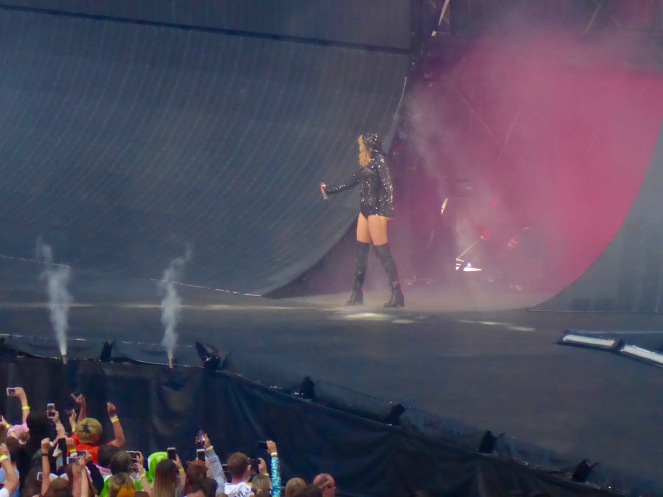 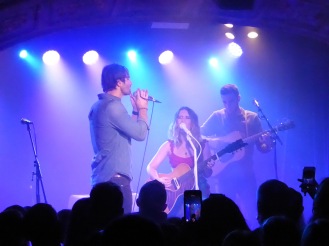 And despite my musical struggles this year, I’ve actually played a few gigs and played shows that I am so proud to have been a part of. I got to play with WRTW again and it was even more fun than the first time (if that’s possible). I played Autism’s Got Talent in London, which was such a great opportunity. I played for Brighton Soup and Disability Pride in Brighton, two amazing organisations that I can’t praise enough. I also played Summer Fest in Worthing, my first show with my awesome friend, Richard Sanderson. And of course, I got to play a Song Suffragettes show when I was in Nashville.

I’ve also managed to do a handful to Autism research studies, as well as giving blood. I’ve been feeling so useless so I tried to contribute as best I could during this time where I’ve felt incapable of contributing anything at all.

Another big part of this year was getting used to the kittens: my cat had two kittens in February and me and my Mum just fell in love with them so we ended up keeping them. I love them dearly but it has been a major adjustment and a real struggle, especially with the daily battle that is depression. So this has been both a good and a bad thing. I want to write more about this whole experience because there were – and still are – a lot of complicated emotions involved. But above it all, we have Lucky and Lucy and the kittens and I love them more than life itself. 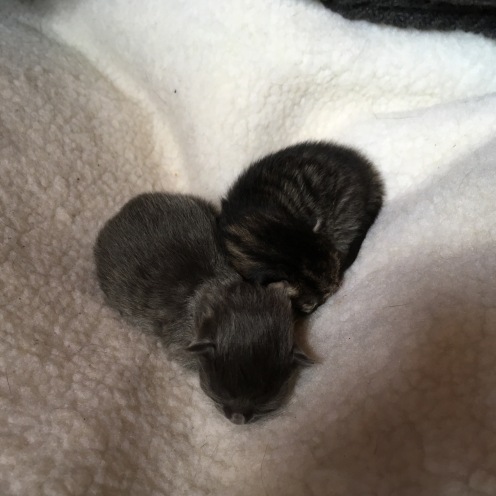 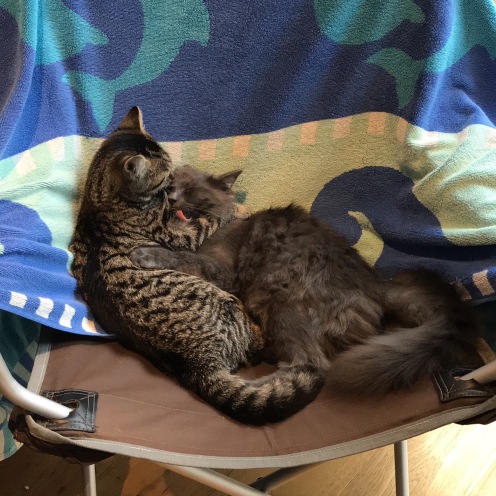 So, that’s it: 2018. It has been a hard, hard year, and one I’m very happy to leave behind but I’m cautiously optimistic about the next few months and the next year. I’ve felt better in the last couple of weeks than I have all year and I’m hopeful that this is characteristic of what’s to come.