I don’t even know how to sum up this year.

If I’m honest, most of it’s blurry. The first half of it anyway. I was still trying medication after medication so I was kind of living in a haze. It’s scary to look back at a time not that long ago, search for memories and not be able to find them, find the details. Or worse, not even know what memories to look for. I hate it and it’s scary and I try not to think about it. Thank god for photos though. Looking back through my photos helped me to remember and I’m grateful for that.

I got to go to the opening night of Waitress The Musical and to my complete surprise, Sara Bareilles was there, both to introduce the show and to bid us all goodnight. The show was amazing: I loved the music, I loved the characters, I loved the story, and the meaning in the story. And seeing Sara Bareilles in person for the first time since 2014 was extra special. 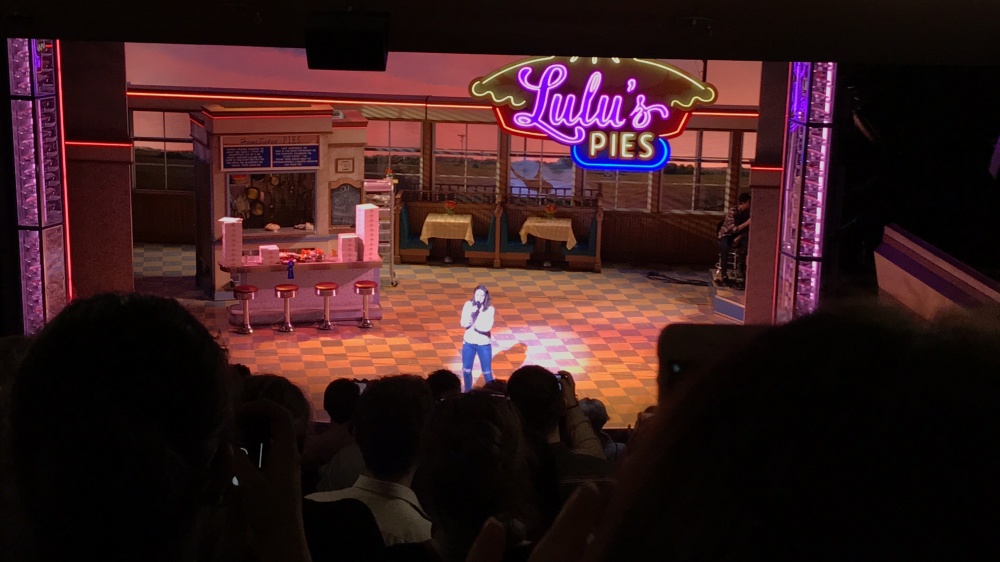 I also got up stupid early to see her do a surprise set in St Pancras station. Apart from the fact that she has an incredible singing voice and is a great performer, even just sitting at a piano, there’s something magical about seeing a person you admire so much in real life. And my Mum was a trooper, running after her team (my medication meant I could barely stand up for the whole performance) and making sure she got my letter. So that was a good morning, even if I felt very unwell for the rest of the day (I’d overstretched, given the meds I was taking).

We had a nerve-wracking few weeks where our dog, Lucky, was incredibly unwell. I saw it happen: his head just tilted to the side and he stood there, looking so… wrong. I was convinced he was having a stroke. Plus his eyes were moving back and forth really quickly; I couldn’t imagine how he could even see. Despite a trip to the emergency vet then and there, we didn’t find out until the next day that he had Geriatric Vestibular Disease, which is basically vertigo. He was really, really sick. He wouldn’t eat and that’s really the sign that a labrador is sick. Mum was feeding him pieces of boiled chicken by hand just to keep him going. They gave him a morphine patch but that just made him sicker so they eventually removed it. It took a long time but eventually he was back to his old self. It’s not the same: he has a permanent head tilt, his balance is terrible, he can have trouble walking. But he seems to be happy and he’s certainly loved. So we’re getting through. Day by day, we’re getting through.

I was fortunate enough to go to Nashville again, which was amazing, even though I was really, really struggling on my medication. I was depressed, overwhelmingly anxious, and my hands felt thick and clumsy, making playing guitar a real ordeal. As wonderful as it was to be in Nashville, I felt very guilty for not being as happy as I felt I should be.

Having said that, I had some really great experiences while I was there. I got to go back to my favourite places, see two Song Suffragettes shows (which are always such special experiences for me), and hang out with my friends who I only get to see once a year. I didn’t get to see everyone but I had a lovely time with the people I saw. I even got to see the awesome Caylan Hays play a show and hear all of her new songs. That was really, really special. 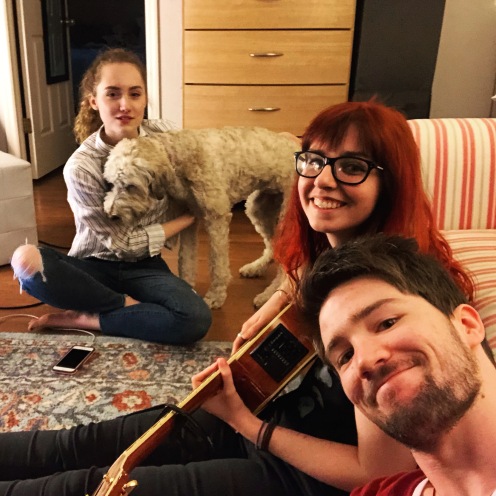 Tin Pan South was amazing as usual, although I had to make some tough decisions over which shows to go to. They were all amazing though. My favourite was Nick Wayne, Hannah Ellis, Josh Kerr, and Natalie Hemby. Natalie is another person I hugely admire and she actually knows who I am now, which I’m honoured by. We got to have a proper conversation, which was one of my favourite moments of the trip. And I’d love to write with her one day: that’s a bucket list write. 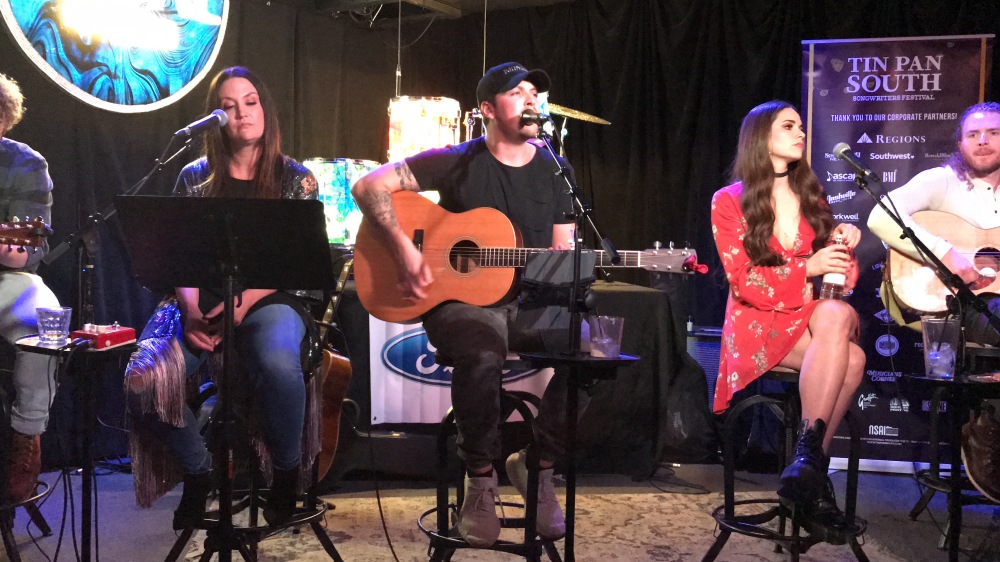 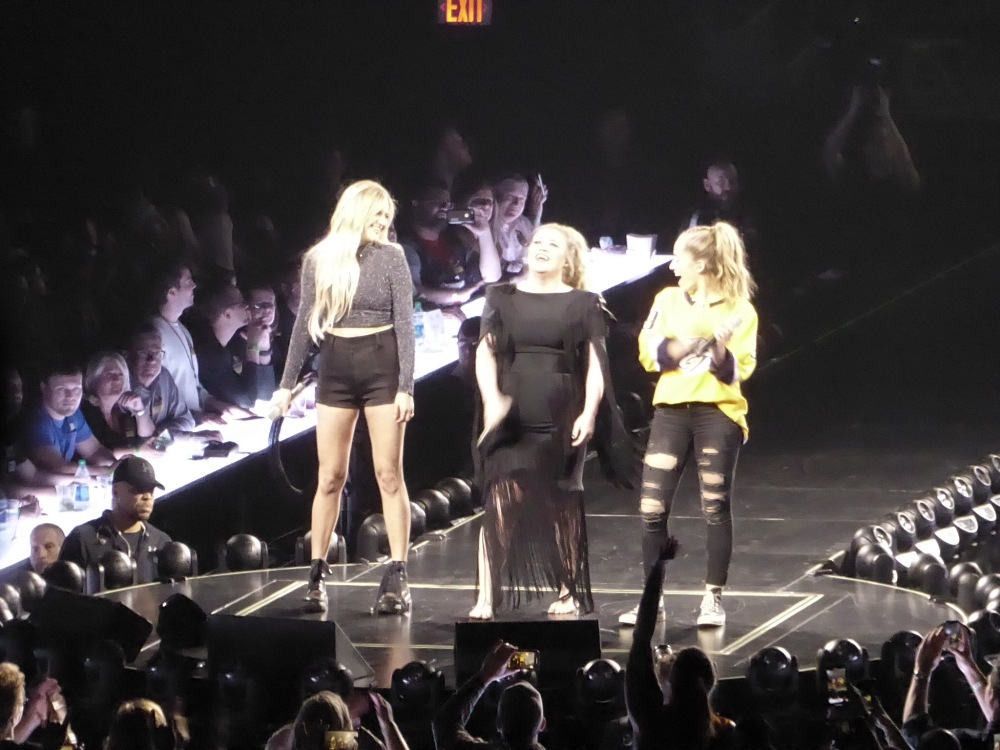 I also got to see Kelly Clarkson (who I’ve always, ALWAYS wanted to see live) in concert and Kelsea Ballerini was the opener, which was awesome because I love her. It was an amazing concert and I loved every second of it.

It was an amazing trip but I hope that next year I’ll be in a better place, a place where I can enjoy it properly and effortlessly. I think that’s gonna be one of my goals for 2020.

Here at home I also got to see some amazing concerts. My favourites were Maren Morris (I saw her twice but the second time was front row at the Royal Albert Hall, which was the most surreal, amazing experience) and Ingrid Andress, who had the whole crowd singing despite only having released a few singles. It was amazing. And she remembered me and we talked about writing together when I’m next in Nashville, although I’m now not sure it’s going to happen. But it was amazing to know that she was up for it. Hopefully one day. 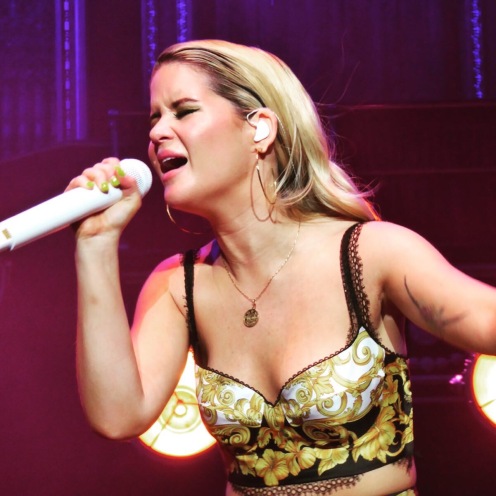 I also saw Halsey in a super small venue and she was fantastic. We had trouble with the accessibility, which caused me a lot of anxiety, but the show was incredible. She’s an amazing, amazing performer. I love her. But I feel very out of place at her concerts, which is hard.

I, with Richard Sanderson (Richard Marc on social media), spent most of the year working on my first EP. It was such a learning curve but I loved it, for the most part. It took an exceptional amount of work and I have to give so much credit to Richard and to Josh Fielden who mixed the songs because part way through, I tumbled into a really deep depression, accompanied with the worst anxiety I think I’ve ever experienced. It took a long time for me to get back to a place where I could work on it. It’s part of my musical story so I’m really glad it’s coming out, even if I still have a lot of anxiety about it. If you’ve been following this blog, you’ll know the story of the first single and you’ll know more about the rest of the songs soon.

I spent several months in a deep, deep depression, the worst I’ve ever experienced. I basically lay on the sofa and thought about dying. It was awful. I don’t really know what else to say about it. It was just still, but with a mess of agonising turmoil underneath.

Then, in the middle of the summer, one of my cats had kittens, despite the vet telling us in her vet check the week before that she absolutely wasn’t pregnant. We came home from dinner and Mouse was waiting for us. She took me upstairs to my room, curled up in one of the cat beds, and over the next few hours, she had a couple of tiny, adorable kittens. She got distressed every time I tried to leave so I stayed through the whole thing (and saw some pretty disgusting stuff that I never needed to see).

Having the kittens in my life has done wonders for my anxiety. Watching them grow and play and explore was so calming and mindful for me. And now that they’re older, all five cats play as a family. They’re a pride. It’s gorgeous. I don’t know what the future holds but having them in my life has been one of the most, if not the most, positive thing this year. I’m really, really grateful for them. Having said that, everyone’s spayed now so there won’t be any more surprises, which is probably – definitely – a good thing, as adorable as kittens are. The stress is just too much. 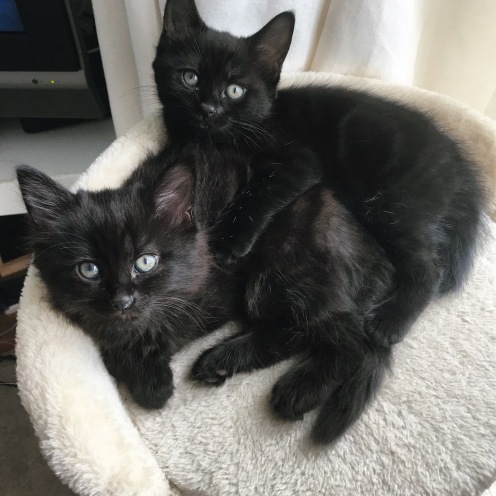 Somewhere in the middle of the holidays of kittens, I started taking Phenelzine again, which was a really difficult decision. I’m still struggling with the side effects but I am better than I was. I still have moments of depression but it’s not constant and I’m managing the anxiety with other medications. And best of all, I can write songs again. That is the best possible outcome.

September loomed and I spent time with the Disability Coordinator at my uni, something they had never had before. I actually felt hopeful about having someone who understood me. And then, she became extremely unreliable and that resulted in one of the worst meltdowns I’ve ever had – in the middle of Victoria Station. That triggered a period of multiple meltdowns a day, which turned the weeks into a blur. It was awful. I started my Masters Degree in Songwriting in one of the worst states I’ve ever been in.

Despite being part time, the Masters took up every day of the week, working on songs and trying to research while battling my OCD, which had suddenly spiked. I had no time off, no time to breathe. I felt like I was failing at everything. I think I’ve gotten better at managing it (and it’s going to be a focus in therapy when we start again in the new year) and I managed some research and I wrote some songs I’m really proud of. I enjoyed the course and classes but balancing everything with Autism and mental health problems was a nightmare. I’m going to write a post about the course in more detail but it still needed to be included in this post.

Oh, and somewhere in there, I turned twenty five. My Mum bought me twenty five yellow roses.

The first single of the EP came out a few weeks into the course and it was a complete surreal – if incredibly stressful – experience. I had no idea what to expect, especially since I’m an independent artist, but for what was really a first, first single (considering ‘Invisible’ had no marketing and so on), I think it did pretty well. It got added to several playlists on Spotify and had radio play, local and BBC Introducing. That’s been amazing and I’m excited to see where the next one goes.

And now I’m finishing the year with basically no Christmas break because I’m working on the assessments for my course everyday. They’re causing me so much stress I feel like I can’t breathe. I’m also terrified of the fireworks tonight (another story I’ve talked about before) and don’t know what I’m going to do to avoid them because I have work to do and they cause awful meltdowns. So, all in all, not the best way to end the year. I’m cautiously optimistic about 2020.

“2019 has been an incredibly difficult year. I feel broken. I feel like I was shattered into a thousand pieces and then put back together wrong. And if I’m honest I don’t know what to do about it. But there were good moments too and I’m so grateful for those. 2020, please be kind.” (x)