BEHIND THE SONG: Clarity

Today I posted a new video, telling the story behind the inspiration, the writing with Imogen Davies, and the production of my current single, ‘Clarity.’ I’ll let you watch the video but again, it does relate to mental health so I wanted to post it hear, as well as on my social media. I haven’t explained the experience that gave me the idea because I don’t want to get in the way of the way someone applies the song to their life or interprets the story. It’s a song about something difficult so I feel weird saying, ‘I hope you like it!’ but I hope, when you listen to it, it means something to you. I hope it makes you feel something.

If you haven’t heard the song yet, you can buy or stream it here and the music video will be out soon.

The Boy On The Bus

A few weeks ago, I went up to London to go to a concert with one of my friends. On the train, I’d started writing a new blog post (about getting a diagnosis – expect it soon!) and when I moved from the train to the bus, I kept going. Twenty minutes into my journey, a boy sat down next to me. I’m terrible at guessing ages but I think he was around twelve. I was in my own little world, typing furiously, when he asked me how long it had taken me to write “all those words.” It took me a moment to shift gears. I thought about it and said that I’d been writing for about an hour and a half. He looked half-amazed and half-appalled, which made me laugh. I told him that I like writing so it was fun for me. We talked for a few minutes before he asked me why I would want to put everything I’d written on the internet for people to see, which surprised me: I hadn’t thought he’d been reading over my shoulder.

I’ve been thinking a lot about that question. There are a lot of ways of answering it and I’ve been turning them over, trying to figure out which one is the best, which one represents my feelings in the truest sense. But maybe I need all of them to explain it: because I have this need to be honest, because I like to write, because I want to do something that matters, because I want to help people, because I’ll explode if I keep all of this inside me, because I want to be a part of changing how people see mental health, because I don’t want it to always be this hard… If I put something out into the world, maybe something will change. If I do nothing, I change nothing.

I’ve known some people who are very against giving people their hard earned secrets and while I agree with that in some areas (as much as I complained, doing the hard work in school subjects like Maths because the teacher withheld the shortcuts did mean I learnt more and retained it longer), I categorically don’t when it comes to mental health. If something I’ve learned can help someone else get a diagnosis or support with even slightly less struggle, then I will absolutely share it. Of course I resent how long it took and how painful it was to get to this point but that doesn’t mean I want someone else to go through the same thing. Imagine how quickly things would change if each person in the chain had it slightly easier than the person before. Feeling helpless is something I really struggle with and if there’s something I can do – anything I can do – to help, then I’ll do it. The damage that’s caused by the stigma and lack of understanding around mental health is irrefutable, in whatever form it takes. Not all suffering is equal but some people still seem to struggle with that, as if you have to go through certain things, certain examples of stigma or whatever, to be allowed to struggle. That’s just ridiculous to me. It’s like the “It’s just attention seeking,” response: if someone is asking for attention, maybe it’s because they need it. But that’s a rant for another day.

Getting back to the point… I have been so inspired by the positive, helpful things that I’ve seen people put out into the world and that’s what I want to do. That’s who I want to be. 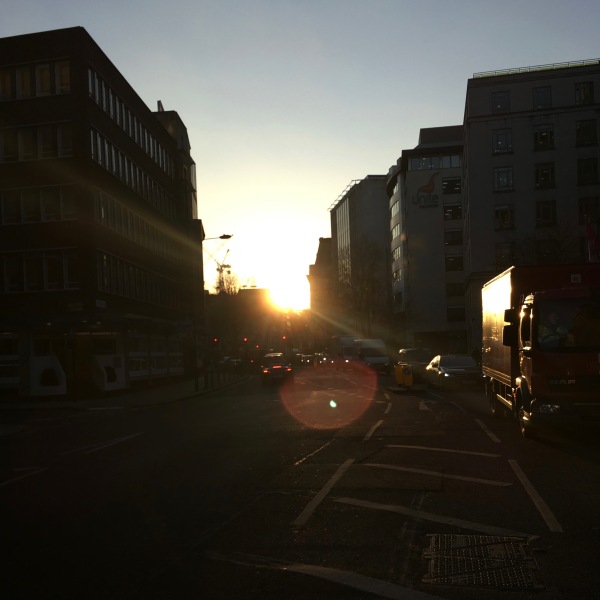 A Fear of Fireworks

I hate Bonfire Night. I really, really hate it.

When I was fifteen, I was at the cinema with my two best friends. We were in the middle of a film when something brushed through my hair and landed between mine and my best friend’s feet. I don’t remember now if I knew it was a firework or whether my survival instinct just kicked in automatically because I was out of my seat in a split second. I tripped over a bag as I raced down the row and someone hauled me back up, dragging me with them. My memory of those few seconds is weird, almost as if belongs to somebody else.

But, fortunately for all of us, someone from the row in front of us had stamped out the firework before it had gone off (while threatening to cut the balls off the person who’d thrown it). The lights switched on and a cinema employee came running in to see what had happened. Someone had come up the back stairs, thrown a firework into the crowd, and then done a runner. It looked like someone had thrown a pebble into a pond, we’d all moved outwards, standing almost in a circle with the firework in the middle. There were offers of compensation and calling of ambulances but everyone was okay, apart from the shock of it. I don’t think it had really sunk in because they rewound the film and we sat through the rest of it, although the three of us held on tight to each other until the film ended. On the bus home, we all jumped every time someone hit the buzzer for the next stop.

I was freaked out but I didn’t really take it in until the next time I saw fireworks. I was with my family, we were a significant distance from where they were going off, but I went into a panic. I felt like my ribcage was shrinking or like my lungs were swelling and I couldn’t breathe. I wanted to run. I wanted to run until I physically couldn’t anymore. And after talking to my Mum about it, I realised where that feeling had come from. Worst-case scenario, that firework could’ve gone off in our faces. I don’t want to think about the consequences of that.

Over the years, I’ve avoided fireworks wherever possible. But I haven’t been able to block them out completely. Even when I’m curled up in my room, I can hear them. I don’t have quite the same dramatic response as I did but they’re still a source of anxiety. Every time I hear one go off, my stomach twists. I can’t relax; it’s like there’s a current running under my skin.

As much as I’d like to order the world to stop setting off fireworks, that’s just not possible. I can’t control that but there are some things I can control, things that make the experience a little bit easier:

None of these things fix the problem or remove my anxiety but as I’ve written before, sometimes that’s not possible. Sometimes all you can do is get through it and try not to make it worse. This anxiety has gotten better over time; the sound of fireworks no longer sends me into a panic attack. Maybe one day I won’t even blink when I hear one go off. Maybe I won’t even notice it. But until that day, I’m just trying to make it through with as little anxiety as possible. 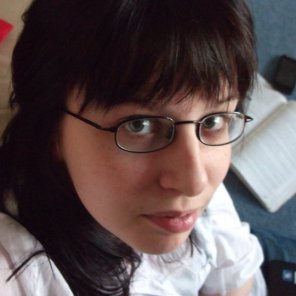 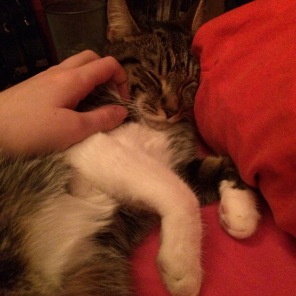 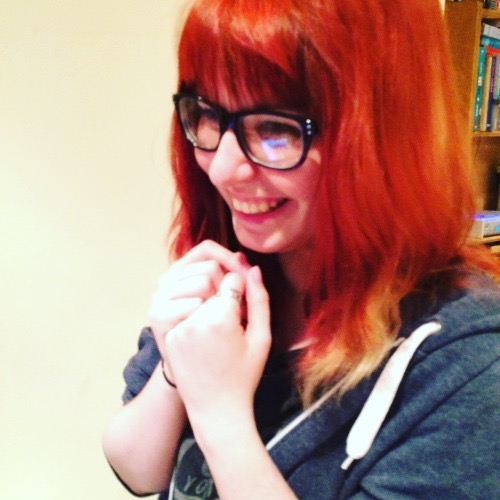 Hi! I’m Lauren Alex Hooper. Welcome to my little blog! I write about living with Autism Spectrum Disorder, as well as several mental health issues. I’m a singersongwriter so I’ll probably write a bit about that too.

My second single, ‘Bad Night,’ is also now available on all platforms and is the first track from my new EP, ‘Honest.’

Such a lovely couple of days with you, @lady_sharne. From kittens to cookies to childhood movies, every moment was special ⭐️
Guys! I‘m gonna post a new video tomorrow, BEHIND THE SONG: Clarity. I can’t wait for you to hear the story behind the song!
Listening to this album... it makes my soul feel different. It’s a masterpiece. The emotions, the imagery, the lyrics, the production... they’re all perfect. ‘You Should Be Sad,’ ‘More,’ ‘Still Learning,’ and ‘929’ in particular blow my mind every time I listen to them. I cried. I cried the first time I listened to them and I cry over and over because these songs are special and beautiful and make me feel everything. They make me want to be a better songwriter, in every possible way. They make me want to stay open and sensitive and vulnerable even if it hurts like hell because then I’ll never forget that I’m alive (even if sometimes I don’t want to be). This album means so much to me and I know that, as time passes, it’s only going to mean more. Thank you, Ashley ♥️ #manicthealbum @iamhalsey
GUYS! @getinherears will be playing ‘Clarity’ tonight on their show on @hoxtonradio! 🙌🙌🙌