A Buddy Box From The Blurt Foundation

I’ve been meaning to write this post for ages but the last month has been so busy that getting in writing time has been a struggle. But here we are. I’ve finally managed it!

For those of you who don’t know, one of the things The Blurt Foundation sell in their shop is a BuddyBox, a little box of things chosen to “nourish, inspire, and encourage self-care.” You can buy them as a one-off or you can buy a subscription and receive one every month. I really loved the idea and when I showed them to my Mum, she said she would buy me one as a gift. So I ordered one and then forgot about it, what with my single coming out and accidentally going into withdrawal, so I was very excited when it came through the door a few weeks ago. Opening it actually made my day and really lifted my mood, which is pretty impressive considering how low I was feeling. The title for this one was, ‘Self-Care Isn’t Sel-fish,’ so there was a definite theme going and that made me smile. This is what I found inside:

The socks were the first thing I saw when I opened the box and I was so excited. They made me smile so much. They’re so cute and they’re really soft. Excellent socks! 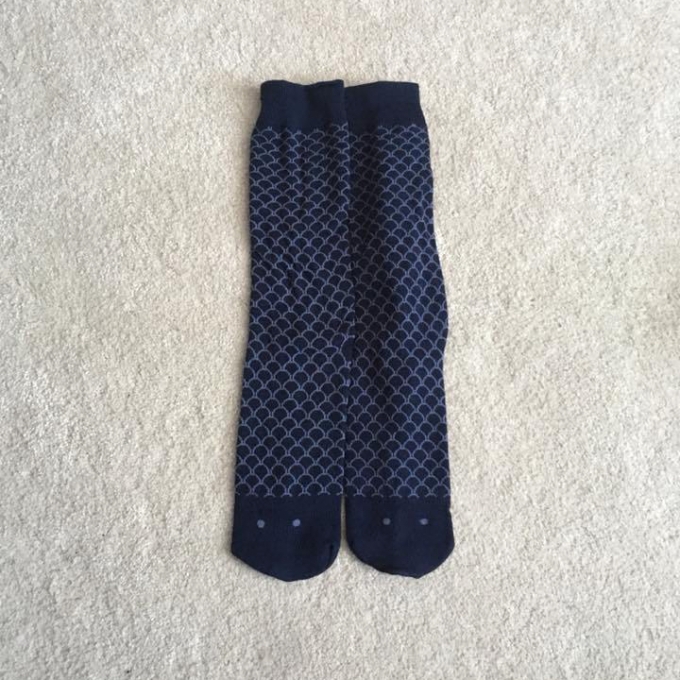 I haven’t tried the soap, mainly because it smells so strongly that being in the same room as it is a pretty overwhelming experience. But then I’m really sensitive so it’s not often that I can find a soap that isn’t too strong for me. Maybe one day Blurt will do a Buddy Box specifically for those of us who are super sensitive. Fortunately, many of my friends and family like this kind of soap so I’m sure I can find it a good home, someone who will really enjoy using it.

Given that it’s been so warm recently, there haven’t been many opportunities for hot chocolate. My Mum suggested using it to make chocolate milk instead, which is a very sensible suggestion but I’m loath to use it casually. So I guess I’m saving it for a moment where I really need it. But it looks really cute and I’m excited about it. 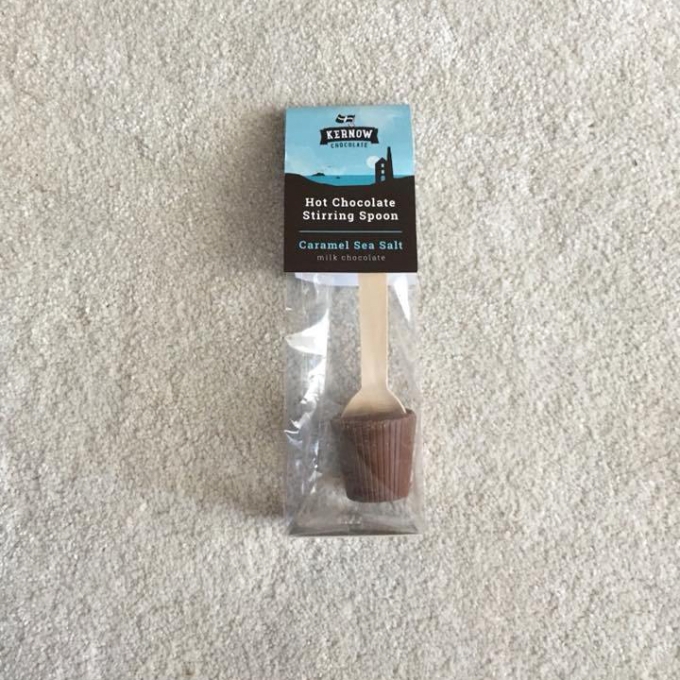 These are super cute. The designs are simple and colourful with positive messages, affirmations like ‘I am enough’ and ‘be kind to yourself.’ I’ve got a friend who will also love these so I’m going to save them until I see her; we’ve got a date coming up and I can definitely see us eating popcorn, listening to Taylor Swift, and applying these. And possibly doing a mini photoshoot.

I really like this little booklet. It’s very short so it’s quick to read and easy to digest and I found the two pieces of writing encouraging and inspiring. I would add some concrete tips at the end thought: the concepts discussed were really good ones (like the importance of taking rest time) but putting them into action can be really hard. I think some ideas like that would be really helpful, but that’s the only I’d change.

Where Do Ideas Come From + Extra Cards

These little extras are really cute and as a person who does struggle with creative block, I’m excited about the guide to where ideas comes from!

Well, thank you Blurt for a very lovely package and for running such a lovely service. Self care is so important, so having a few things to hand is always a good idea.

About half way through April, I discovered that The Blurt Foundation were running a campaign all about self care on social media, encouraging people to be kind to themselves with a series of prompts. Then, if you wanted to, you could post a photo of what you did under the hashtag, ‘#blurtselfcareathon.’ I scrolled through and came away really inspired; with all the stress in my life recently, I could definitely benefit from some self care.

‘Self care’ is a phrase that has many people rolling their eyes at the moment. It’s become associated with brands encouraging you to buy luxurious bath products and with Instagram photos of cosy days under a duvet, ignoring all responsibility. And yes, taking time out from your life can be a form of self care but it’s often not that quaint. It can be clearing out all the glasses that have accumulated next to your bed, forcing yourself to eat enough even when it’s the last thing you want to do, or dragging yourself to the shower to get cleaned up. It can be going through your receipts so you know how much money you have left in your budget for the week, or counting out the pills you have left so you don’t run out at a crucial moment. Self care grew from minority groups taking ownership of their health, when society dismissed their concerns. We aren’t helpless when it comes to improving our wellbeing and whether you do that by taking a day off to escape and binge watch a TV show or by researching and reaching out to alternative practitioners because you feel your health isn’t being taken seriously enough, it’s an important point to remember.

Although I didn’t complete the challenge in the traditional sense, I thought I’d share a couple of the prompts and what I ended up doing, whether I posted about it or not:

“I’ve only just discovered @theblurtfoundation’s #blurtselfcareathon; I’m very late but I’m so excited to join in. The prompt for today is ‘letter’ so here is me, saying goodbye to my childhood bedroom on Tuesday morning: I left a letter I’d written under a loose floorboard for a future resident of the room, asking them to look after it for me. Saying goodbye was really, really hard, but doing this helped a little bit.”

If anything falls under self care, it’s this. This was something I did purely to help me get through a really stressful time. I definitely want to write more about this in it’s own right but it’s definitely relevant here.

“My new room doesn’t feel like mine yet and I don’t think it will for a while but today I took the first step toward turning it into a safe space for myself. Blue walls and cream carpet to remind me of the beaches I grew up on. There’s a lot left to do but it’s felt really good to start. // Small Steps – Day 22 of @theblurtfoundation’s #blurtselfcareathon.”

For the first time in a while, I picked up my guitar and it felt really good.

I’ve had this song on repeat since it came out last week. So, since today’s #blurtselfcareathon prompt is ‘song,’ here’s a clip of me singing ‘Babe’ by @sugarland and @taylorswift. It’s rough but singing it makes me happy. @theblurtfoundation

I didn’t end up posting this as part of the challenge for whatever reason but I think it counts. My therapist and I have taken to celebrating big milestones with cake, specifically from Lola’s Cupcakes (they make the most amazing cupcakes): this one was for three years in therapy. It feels like a lifetime and no time at all. We’ve worked through some really hard moments and started to explore things that I never thought I’d say out loud. That’s a huge deal. My therapist is incredible and I’m more grateful to her than I could ever say.

Over the past few weeks, I’ve been to several gigs (pictured: Megan O’Neill and The Shires) and they’ve all been really cool in their own ways. Live music gives me a boost unlike anything else. It reminds me of my dreams; it helps to refocus me; it makes me feel alive. 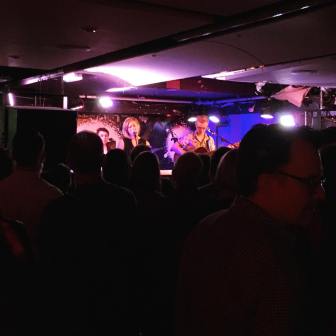 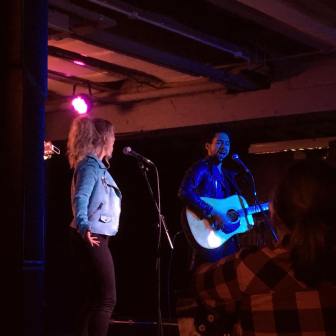 There was a prompt specifically dedicated to animals but I couldn’t resist including the kittens in more than one post. I see them everyday after all. And pretty much every moment I spend with them is self care; they have an instant calming effect on me.

This was definitely a positive experience, trying to work the prompts into each day. Self care is something that’s so personal and so we have to figure out what works for each of us. As I said earlier on, it isn’t always pretty or glamorous but taking care of yourself doesn’t have to be a chore. Something like this is a good reminder to try different things, fun things, things that fly in the face of conventional advice. Hopefully you’ll find something that helps but the act of searching is also an empowering one: choosing positive steps is healing.