The Importance of Pets

The last post was a heavy one with lots of emotional stuff in it so I thought I’d go for something that was a bit more light hearted this time – try and maintain a kind of balance. So here we go. The animals in my life have had a really big impact on my mental health so I thought I’d introduce them and talk a bit about the positives of having pets when you struggle with mental illness. 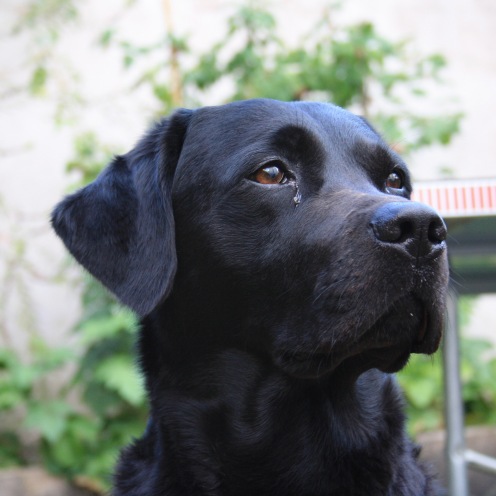 This is Lucky, our thirteen-year-old Labrador. We first met him when he was two days old and we’ve had him since he was about eight weeks old. He’s endlessly friendly and enthusiastic. One of my favourite things about him is how unashamedly excited he gets about everything: people arriving, food (even though it’s the same thing everyday), any kind of attention. It’s a good little reminder to appreciate the good things, even if they are everyday occurrences. As he’s gotten older, he’s become very sensitive, especially to people’s emotions. At it’s most extreme, he’s left the room when people on TV get upset. Poor boy. I can relate to that.

And this is Lucy, my two-year-old cat. She’s all energy and adventure, in the daylight hours anyway. Come the evening, she’s very happy to curl up on my bed with me. She sort of reminds me of a teenager that doesn’t want to be seen with her parents because it isn’t cool but once there’s no one around, she enjoys a good cuddle. She loves Lucky and often tags along on the evening walk around the block. I absolutely adore her. She’s incredibly calming to watch and play with; she’s so present and that’s really good for my anxiety. And having her sleeping beside me helps me to sleep because I can focus on her breathing (and purring) and block out any anxiety I have.

She also had kittens last year, which was a great holiday from real life. They were gorgeous and when I was watching them or playing with them, everything else fell away. It was like the world outside my bedroom didn’t exist. They were the only thing that helped me when Christina Grimmie was killed. I’d been watching her videos for years and she was the same age as me; it was very upsetting (and I’m still dealing with the emotions of that but I’ll save that for another post). Watching them play and wrestle and explore my bedroom with such focus and such fearlessness was very soothing. I’m so grateful to have had them for that period of my life. And I was very aware that, as one of the few humans in their lives, I was affecting who they would become, consciously or not. It made me feel like I was making a difference, even if it was only on a small scale. 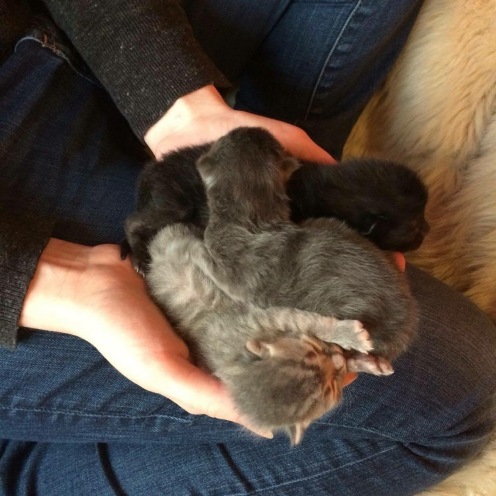 But back to Lucky and Lucy. They frequently accompany me to therapy (although not together). Neither are actual therapy pets but having one of them with me often helps, especially when we’re talking about really tough stuff. They can be a distraction, a tension diffuser, a comfort.

So there you have it: my animals. They are so important to me and have such an impact on my life that I couldn’t not write about them. I hope you enjoyed this and if you need me, I’ll be curled up with either or both of them. 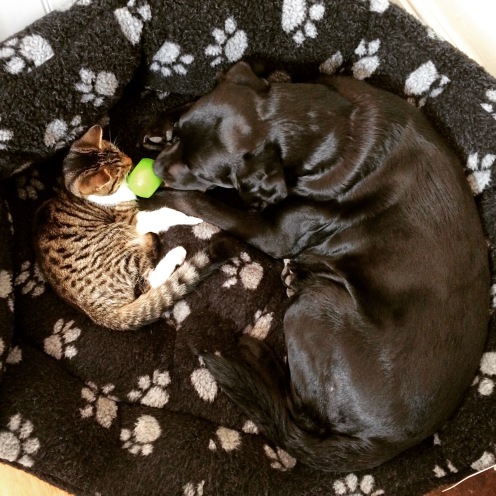