Last year, I wrote a post around my birthday about adding some rules to the celebration, mainly to make the experience more enjoyable and more memorable: do something you wouldn’t normally do and buy yourself something you wouldn’t normally buy. For my twenty fourth birthday, I ran my dog’s hydrotherapy session and bought myself a typewriter. It was really special so I thought I’d do it again this year… I’m just very late. Last September, my mental health was awful and I’d just started my Masters so my birthday wasn’t the first thing on my mind. A lot of the celebrations got delayed; I only got one of my birthday presents a couple of weeks ago. But that doesn’t matter to me. What matters to me is that it matters, that it feels special.

Rule #1: Do something you wouldn’t normally do.

On Sunday 8th March, I saw Halsey at the O2 Arena and she was absolutely incredible, as I knew she would be. Back when I booked the tickets, I knew I would want to see her again. As I’ve said before, “I often get overwhelmed mid show and so seeing [a show] multiple times allows me to get the full experience – and why would you not want to see a show you love more than once [if you can afford to], especially if it’s only on for a limited time?” So after booking the London tickets, I talked to my Mum about seeing Halsey again, despite the fact that the closest possible show was in Dublin. We’d talked about taking a short trip – a few days somewhere – to celebrate my 25th birthday and up until now, I haven’t been able to think of somewhere I wanted to go (we’d thought about a few extra days in America but it clashes with university stuff this year) or do until now. So we planned our little trip to Dublin, trying to miss as little uni time as possible. And I’m really glad we did because she, Halsey, has since said that she plans not to tour for an indefinite period of time after this. So taking this extra opportunity to see her before that  happens became very important to me.

As I said, she was incredible in London – it was probably one of the best shows I’ve ever seen – but I want to focus on the Dublin show (on the 10th March), as that was my birthday trip. And besides, the London show being special doesn’t make the Dublin show less special. It was just special in different ways.

The arena wasn’t hugely well organised and the disabled area didn’t have a great view – Halsey has such beautiful images on the screens behind her that it was frustrating to have a significant section of it blocked by the lighting rig, etc. So it wasn’t ideal but being able to sit and still see is always such a relief. After the London show where I couldn’t get a disabled ticket and ended up having to stand to see (I’m still not used to being ‘disabled’ or ‘partially disabled’ – I’m not sure what the right term is for someone with Autism, mental health problems, chronic pain, and chronic fatigue is – so I do keep trying to tough it out, which often turns out to be a bad idea). That caused terrible leg pain that’s ongoing. So sitting down for the show was a huge, huge relief, even if we weren’t in a great position.

The show was amazing. Halsey is an incredible performer and some of the highlights for me were ‘Castle,’ ‘Forever… (Is A Long Time),’ ‘3am,’ ‘100 Letters (Acoustic),’ ‘Is There Somewhere,’ ‘Graveyard,’ ‘929,’ ‘Ashley,’ and ‘Gasoline.’ I could list all of them really because each performance was so powerful and so full of passion and electric energy. The vocals, the band, the backgrounds, the platforms hanging from the ceiling… they were all SO GOOD. She gives everything to every song, to every aspect of the show. And as much as I love all of that, the part I love the most is the way she talks to the crowd. It’s so honest and sincere and special and somehow she makes it feel like the concert is a secret between you and her. I don’t know how she does it. But I’m in awe.

It was a really special birthday present and I’m really grateful. We had barely any time in Dublin but the point of going was the concert and the concert was amazing. Halsey and her music are so special to me and her shows are so special to me but this show – these two shows – have been the most special. Turning twenty five was really scary and stressful for me and so, to celebrate that milestone – and celebrate coping with it – with someone who actually shares the same birthday as me… well, that was extra special. 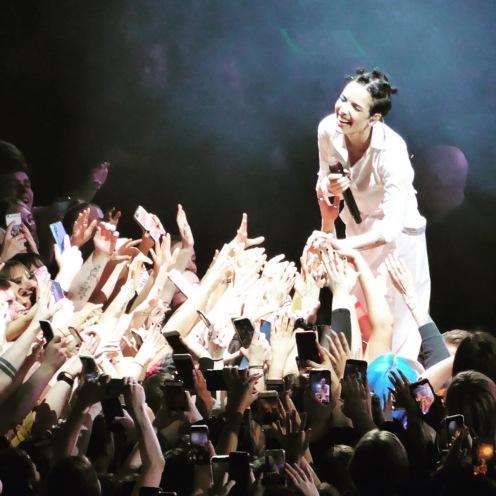 Rule #2: Buy yourself something you wouldn’t normally buy.

I was browsing through a vintage jewellery shop recently, just looking really, because I’d seen some jewellery in the window that might work for a music video. I didn’t find anything for the video but I found this ring that I just fell in love with (and another similar one that I also loved). It’s not a colour I’d normally choose and it was a bit expensive when I’m about to go on several trips but I took a couple of weeks to think about it and even went back several times to look at it. But eventually I decided that I really, truly loved this one so I decided to buy it.

It’s a little bit big and probably needs to be resized slightly but I’ve been wearing it around the house ever since because I’m just in love with it. It’s beautiful. I can’t wait to wear it out during the day. I’m so happy with it and my choice to buy it. 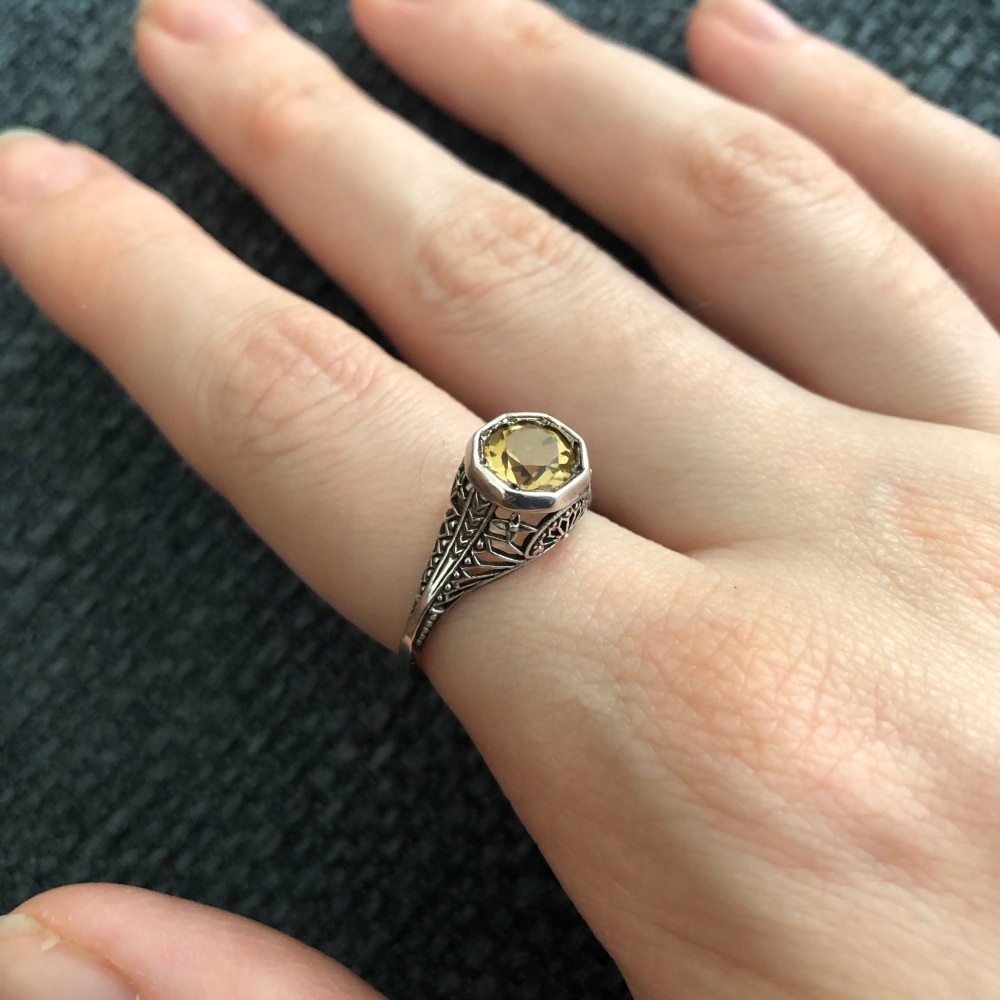 So it was a very late birthday celebration – almost six months late – but they were really good celebrations. I just wasn’t ready or capable at the time. I like to think that they showed up when I was ready. So maybe I’m ready to be twenty five now. Or maybe not. But I sure as hell celebrated it.