NB: This post is probably more for me than it is for you but it was a really significant experience so I wanted to record it. I hope you read it (or some of it – I know it’s very long) and I hope you like what you read. I promise there’s mental health and Autism content coming.

Last week, I was lucky enough to see Halsey not once but twice. I booked a ticket for London and then, as a very late celebration for my 25th birthday (as I explained in this post), me and my Mum decided to take a little trip to Dublin to see her again for a second date. She’s an incredible performer and her shows are amazing and as I’ve said in previous posts: “I often get overwhelmed mid show and so seeing [a show] multiple times allows me to get the full experience – and why would you not want to see a show you love more than once [if you can afford to], especially if it’s only on for a limited time?” Plus, she’s recently said that she’s not going to tour for an indefinite period of time so suddenly, seeing her that extra time became extra important.

The first show was in London at The O2. I couldn’t get a disability ticket so I had to get a regular ticket and because everyone was standing up to dance and jump, I had to stand up to see, which was not good for my fatigue and pain. I’m still not used to ‘being disabled’ and so I’m still ‘toughing it out’ and usually regretting it later. I leaned against my chair but it didn’t help much. I wish I could be in the standing section and stand at the front, hold her hand when she comes down to the  crowd, but just looking at all of those people packed together made my throat and chest tighten with anxiety.

We were on the side so the screens were difficult to see, blocked by the lighting rig and whatever else they have up there, which I was a bit disappointed by because Halsey always has such beautiful images on the screens behind her. I could still see them but I just couldn’t take any photos, which I love doing so that I remember all the details.

I wanted to list some of the moments I want to hold onto: 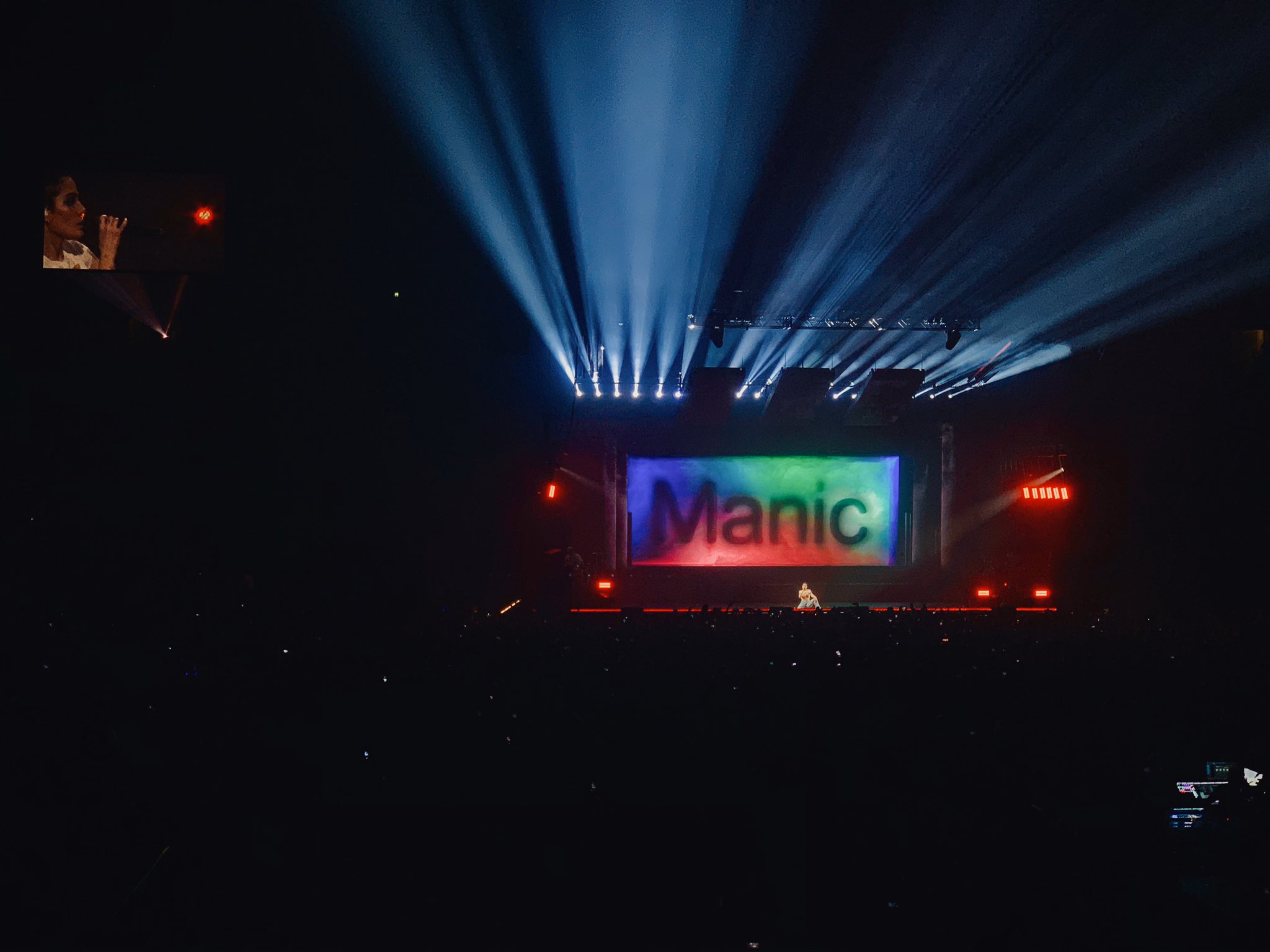 This is what I was tweeting afterwards, my feelings just bursting out of me…

NOTHING WILL EVER BEAT THAT SHOW. @halsey, you’ll own a piece of my heart forever. #ManicTour

The adrenaline crash from the #ManicTour is going to be intense.

Between @halsey changing “‘Ashley, you gotta promise us that you won't die ‘cause we need you,’ and honestly, I think that she lied“ to “I think she was right” and her final speech, I am A MESS. I love her even more after tonight and I didn’t think that was possible ♥️ #ManicTour

Happy International Women’s Day from the @halsey #ManicTour where we are belting out Killing Boys 😘✨ pic.twitter.com/ERZGpV4l18

And the next morning, once I’d gone through my photos and my emotions had settled a little bit, I posted on Instagram…

I have no idea how to properly sum up last night. @iamhalsey was absolutely beyond words incredible and seeing her on International Women’s Day was pretty fucking cool. Her vocals were amazing, the stage was stunning, and the energy was electric. And the way she talked to the crowd was so special that I cried. Despite the thousands of people, it felt like a secret between her and I. She is really, truly something special. It’s going to be a hard show to beat. // “And I remember this girl with blue hair out in London and she told me, she said, ‘Ashley, you gotta promise us that you won't die, ‘cause we need you,’ and honestly, I think she was right.’”

After standing for the whole show, my legs were very sore. I had several muscle cramps in my calves (and this went on for a couple of days) but one particularly bad one that lasted for about five minutes. Eventually it passed, which was a huge relief, but I had serious pain in that leg for days, so bad that I limped when I walked.

Now, as I said earlier, if you read my last post you’ll know that me and my Mum decided to go to Dublin, to see Halsey, as a very late 25th birthday celebration. So I went into uni on the morning of the Tuesday, went to my lecture, saw my friends briefly, and then headed for the airport.

We basically had to go straight to the arena, which is a beautiful space. The disabled seats are right at the back, which is fine because it’s not a huge room, but we were on the side of the room so, again, the screens were blocked by the stage equipment, lighting rig, etc, which was frustrating. I’m focussing on how grateful I am to have gotten to see the show twice, but it does feel like you miss part of the show when you can’t see the beautiful art that she’s created to be a part of each song. Having said that, I was really grateful to be sitting down, which was such a relief after the O2 show and the pain in my leg.

The show was amazing, just as expected. Halsey is always amazing. But even in a highly choreographed show, she still manages to make each show feel different and special.

This is what the colours behind her looked like during ‘Finally // beautiful stranger.’

It was incredible, another incredible show, and I’m so grateful to have been there. It was an amazing birthday present. Getting back to the hotel was a struggle and my emotions felt very mixed up and messy. For over an hour, I just didn’t feel anything. I think I was just struggling with it all being over, with the idea of not having them to look forward to. Eventually that settled and real feelings started to bloom again but they were still confusing, like a lump of different coloured pieces of play dough stuck together. Impossible to separate and really identify.

The next day, when I got home and had a bit more control over my emotions, I posted to Instagram…

The Manic World Tour will always have a piece of my heart. @iamhalsey, you’re a queen and I love you. Last night was magical.

And now I’m home and the European Tour is over. The adrenaline crash was pretty brutal, the physical pain from London was bad, and I was exhausted after a wild three (actually four) days but it was so worth it. Halsey – Ashley – and her music mean so much to me and I’m so, so grateful for this experience.