Getting A Diagnosis – The Autism Edition

This is something I’ve been meaning to write about for a while but it’s such a big topic that I was very daunted by just how much I needed to include. I’d open a word document, stare at it for ten minutes, and then switch to something else. You’ll see what I mean. Getting a diagnosis is a complicated and emotional process that is so different for everyone but I had no idea how difficult it would be when we started pursuing it. So I thought I’d write out my experience, just to put out into the world one version of the story. Maybe yours is similar, maybe it’s different. Hopefully you’ll get something out of it either way. And if you’re trying to get one, maybe this will give you some idea of the hurdles. I don’t want to scare anyone off; it was a brutal experience but it was absolutely life changing and life saving, both for my mental health and for who I am as a person.

I’m going to split this into two posts because although they’re linked, the processes for getting the mental health diagnoses and getting the ASD diagnosis were very different for me. I don’t know if that’s the same for everyone. This post will be about getting the ASD diagnosis and follows on from the one about my mental health diagnoses. If you’ve read that one already, you’ll know that it took several years to get to that point.

During our search – mine and my Mum’s – for an explanation as to why I was struggling so much, Autism came up several times. We didn’t pursue it straight away because I didn’t fit what we knew of it and because multiple health professionals had dismissed it. So we focussed on the mental health perspective and managed to get those diagnoses in January 2015. But it kept coming up and after talking to practically everyone we knew, we ended up at ASSERT, a local charity that supports people with Autism Spectrum Disorder. On their advice, we contacted the Brighton and Hove Neurobehavioural Service and that resulted in an assessment (in August 2015).

The assessment itself was pretty intense: three hours of answering questions about my life and my experiences, followed up by another appointment where it was all explained to me. The woman who assessed me was lovely, which made it easier, but it was exhausting. Afterwards, I received an eight page report with all the relevant information. I know I’ve already written a post about the presentation of Autism in women but this is the more detailed, clinical side of it, to give you an idea of what was asked and what went into getting an Autism diagnosis.

The questions – and the report – were broken down into several sections:

As a child, me and my brother played make believe games that involved the creation of very elaborate worlds, with characters and histories, and they often lasted for months, if not years. My other staple ‘game’ was arranging my toy animals into “carefully crafted scenes.” I did this over and over again, in a “notably ordered and systemised” way.

I was incredibly shy and although my speech and language were ‘well developed,’ I did struggle socially. I didn’t have many friends but the friendships I made were incredibly important to me (“the very commonly observed capacity for young women on the spectrum to make very intense, uncompromising attachments to individuals”) and the loss of those connections was “deeply traumatic.”

I did well in school because I had “an unyielding need for perfection” and a “capacity for intense engagement in subjects.” No one (including me) noticed any difficulties because I was quiet and hardworking (“like many young women on the spectrum”) but having said that, I was absolutely exhausted by school. I’d get home, collapse on the sofa, and kind of zone out, almost leaving my body. Time would pass and while I was still functional, it felt like I was on autopilot until I ‘returned’ to my body. That was how I processed school and how it completely exhausted me.

The one thing that I did notice and struggle with was my absolute need to follow every rule: “Lauren has a lifelong sense of right and wrong and cannot deviate from rules.” I’ve always struggled with the way people seem to know which rules are important, who they apply to, and so on. And even when there was good reason to break a rule, I could not do it.

“Moving to the chaotic, unstructured, unfamiliar sixth form [was] deeply traumatic. It was at this point that her meltdowns and mental health became of acute, identifiable concern.” Couldn’t have put it better myself.

“Although Lauren has worked hard to integrate socially, she has clear lifelong social difference.” Socialising has always felt incredibly complicated and stressful. “Lauren has the almost universal autistic sense of feeling ‘alien’ (or as if behind glass) from other people. She feels exhausted by the social world. People are mysterious and chaotic to her, and although she is highly observant of others and learns and copies social behaviours, the possibility of unpredictable social behaviour provokes acute anxiety. She shows evidence of the triad of impairment but this is scaffolded and obscured by her intelligence and vigilance.”

Eye contact is tiring and uncomfortable. It feels so intimate – too intimate. And I don’t know which eye you’re supposed to look at.

I’ve always struggled with making phone calls, particularly when it’s someone I don’t know. Because I’m only hearing someone’s voice, I feel like I’m not getting enough information to ‘read’ the social interaction and so I get really anxious about saying the wrong thing or getting overwhelmed and missing things. I can just about handle it with people I know, where I’ve learned the ‘conversational rhythm.’

It’s a myth that people with Autism aren’t empathetic. I’ve always felt like my empathy is overwhelmingly strong, to the point where it can actually incapacitate me. For example, after finding out that a friend was severely ill, I was so distressed that I was barely able to get out of bed for about three days: “[Lauren] is prone to fixating on helping people and is often very upset when this is not possible. Women on the spectrum are often highly sensitive to suffering in others and are drawn to the ‘caring’ role. This can leave them socially and emotionally vulnerable.”

I get overwhelmed very quickly, because I can’t process things as quickly as they happen. The best way I’ve found to process stuff (experiences, sensations, emotions) is to write everything down: “Lauren writes everything down in micro-detail and through this process she has learnt much about the human state and the social world that is not intuitive. The detail and perseverative nature of this recording is authentically aspergic.”

I’ve always had the intense focus and ‘restricted interests’ that people often associate with Autism. I’ve bounced from one to another to another my whole life. When I was twelve, I wrote a twenty thousand word story that I researched in “encyclopaedic detail.” I even knew the longitude and latitude of where all the characters were throughout the story. Every detail is important: “Authenticity is of enormous importance to her.” A truer statement was never made and it’s true for every part of my life, from my songwriting to the clothes I wear.

I’ve also always had a “strong need for sameness and routine.” I didn’t even really realise it until I was asked. Everything I ‘routinely’ do has a very precise order: “She has certain non-functional rituals that she needs to perform in order to feel safe and soothed.” And any change – big or small – can send me into a spiral of anxiety, which can lead to a meltdown. “She has a need for perseverative repetitive activity to soothe her anxiety and dampen the flood of intrusive information. She has the same TV programs on and listens to the same audiobooks again and again.”

I have always been “highly sensitive to sensory phenomena.” I struggle to manage and process se nsory information but with sound and taste in particular. But all of my ‘sensory sensitivities’ increase when I’m under stress.

“[Lauren] appears to be particularly affected by multiple streams of sensory experience: finding, for example, places where people gather cacophonous, overwhelming and she is swamped in anxiety about all the possible permutations of each person’s life.” When I walk down the street, I’m overwhelmed by the fact that every person I pass has favourite colours, foods they don’t like, phone numbers they can’t remember, important dates coming up, and so on and so on and so on. It’s beautiful and terrifying and exhausting.

One of my biggest issues sensitivity-wise is with food and I’ve struggled with it all my life. I’m very sensitive to taste and texture so I can only eat plain foods and I hate having different foods touch each other. I find pretty much everything to do with food overwhelming: the ingredients in a meal, the preparation of food, all the sensory information… This is apparently a common autistic experience.

“Some evidence of hypermobility which is a unifying diagnosis with autism.”

“The essential features of ASD as specified in DSM-V are persistent, pervasive and sustained impairment in reciprocal social communication and social interaction; and restricted, repetitive patterns of behaviour, interests, or activities and may be most apparent in difficulties in processing and responding to complex social cues. These symptoms are present from early childhood and limit or impair everyday functioning.” My assessor took in everything we’d told her and determined that I met the diagnostic criteria for Autism Spectrum Disorder, at level one, which is ‘requiring support.’ I meet all the difficulties likely to be experienced at this level.

“It is apparent that Lauren also has issues pertaining to personality disorder. She was vulnerable to the development of personality disruption due to the complexities of her developmental difference and her experience growing up (essentially as a ‘square peg in a round hole’) was sufficiently complex and invalidating as to cause her enduring distress and propensity for emotional intensity.”

Getting the diagnosis itself was very affirming but the conclusion of the report was also really positive: “She has amazing potential and I am really hopeful that, in time, this explanation will come to be a meaningful map for a resilient and contented future.”

This isn’t a complete report, just some snippets to give you an idea of what the session was like and some of the traits that make up an Autism diagnosis. It’s not a checklist or the ASD criteria. I just remember having no idea what was going to happen and the anxiety that that caused me. So if I can make it less scary for someone else, that’s something I really want to do. 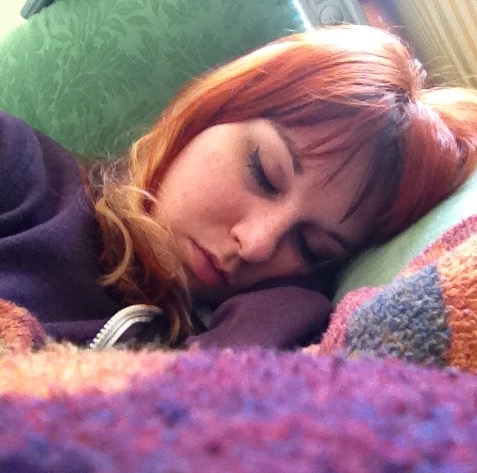 (Again, no relevant photos but here are some from around that time.)

2 Comments on “Getting A Diagnosis – The Autism Edition”